A BETTER UNION Executive Board - Elementary 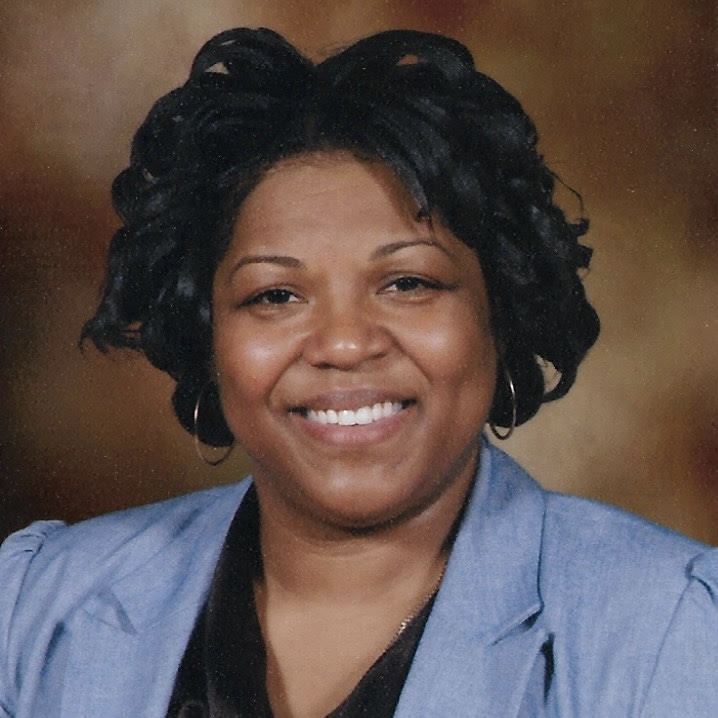 My name is Shawanda Weems.

Passionate. Focused. High Expectations of Students. Advocate of Workplace Rights of Educators. Provider of Opportunities for Students. Equity. Access. Driven. These words are at the core of my belief system.

I have been an advocate as well as an educator in The Bronx for 23 years. I have taught at the same school - PS/MS 15 in the University Heights section of The Bronx for the last 21 years.

As a union delegate for 9 years, I saw the union at work and had some concerns about the decisions made on our behalf. When the opportunity arose to be my school’s chapter leader, I saw an opportunity to be a part of the solution, instead of just complaining about the problems.  I wanted to engage with the UFT in a way that would allow me to bring the concerns of all members in my chapter regardless of titles to the forefront. These last few years have been eye-opening about the ways in which the UFT leadership makes decisions on our behalf. I have filed and won numerous grievances at my school over the course of the last 2 ½ years two of which went to the Chancellor’s level. I did this in order to fight for the workplace rights of my school community which has been under attack. I have gone to the media to bring to light the sweltering heat in my school complex that, because of our zip code, was continuously being ignored. I had to go to the media to shine a light on this issue because the union does not understand the needs of its members or the students we teach. This has left me no other choice but to file safety complaints as well as grievances: making me push the union to do its job.

If elected, I will bring our concerns to the table and advocate that our voices are heard. This coalition - United for Change - is the opportunity to ensure that we are not just seen but are also heard. I am running because, in a democracy, the democratic process needs to be upheld especially in the way in which the union conducts its business. I have decided to run because union leadership is out of touch. This pandemic changed the way in which we teach and has placed a spotlight on what needs to change within our union, which has the responsibility of representing and advocating what is best for its membership, as well as the children that we serve.

Barbara Ignatenko has been a teacher in the NYCDOE for 16 years.

She works as a Special Education Teacher at PS861 in Staten Island.

“I am supporting United for Change because our membership deserves a louder voice in the decisions made by our union leadership.  I believe there needs to be better dialogue between the members and those who represent us before agreeing to concessions that affect tens of thousands. We deserve leadership that listens to the rank and file and has the strength to stand up to the mayor. We need a leadership that fights for all members and the communities they serve. We want a leadership that will instill hope and change, and we are given this opportunity with United for Change.” 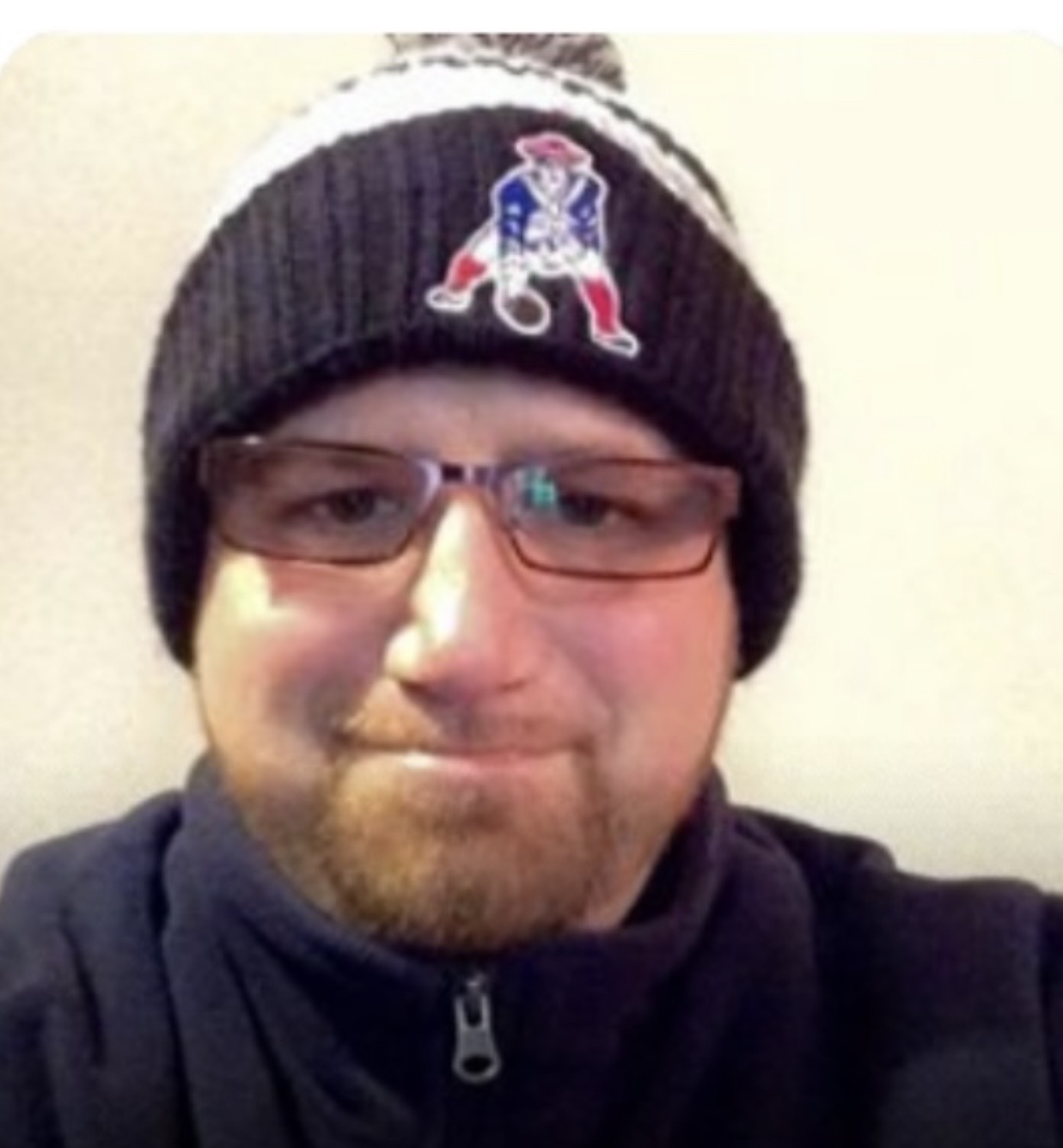 Howard Titlebaum has been working in the DOE for 22 + years. He works at P.S. 152 in Washington Heights as an elementary special education teacher.

“I am supporting United for Change because our union has been driven by and dominated by one sole caucus for too long. I am tired of Unity pretending that they care about every dues-paying member. Right now, our union is lead by a sole voice which is supported and followed blindly by those sworn to support this voice at any cost. This is a path we can no longer afford to continue.  Productive discourse and intelligent disagreement amongst any functioning executive board sparks conversation and ignites change to better align the best interests of the entirety of our union and bring about the best practices and policies going forward ensuring that every union member’s needs are met. United for Change will help keep our union’s democracy alive and it’s my goal to ensure that we are all heard.” 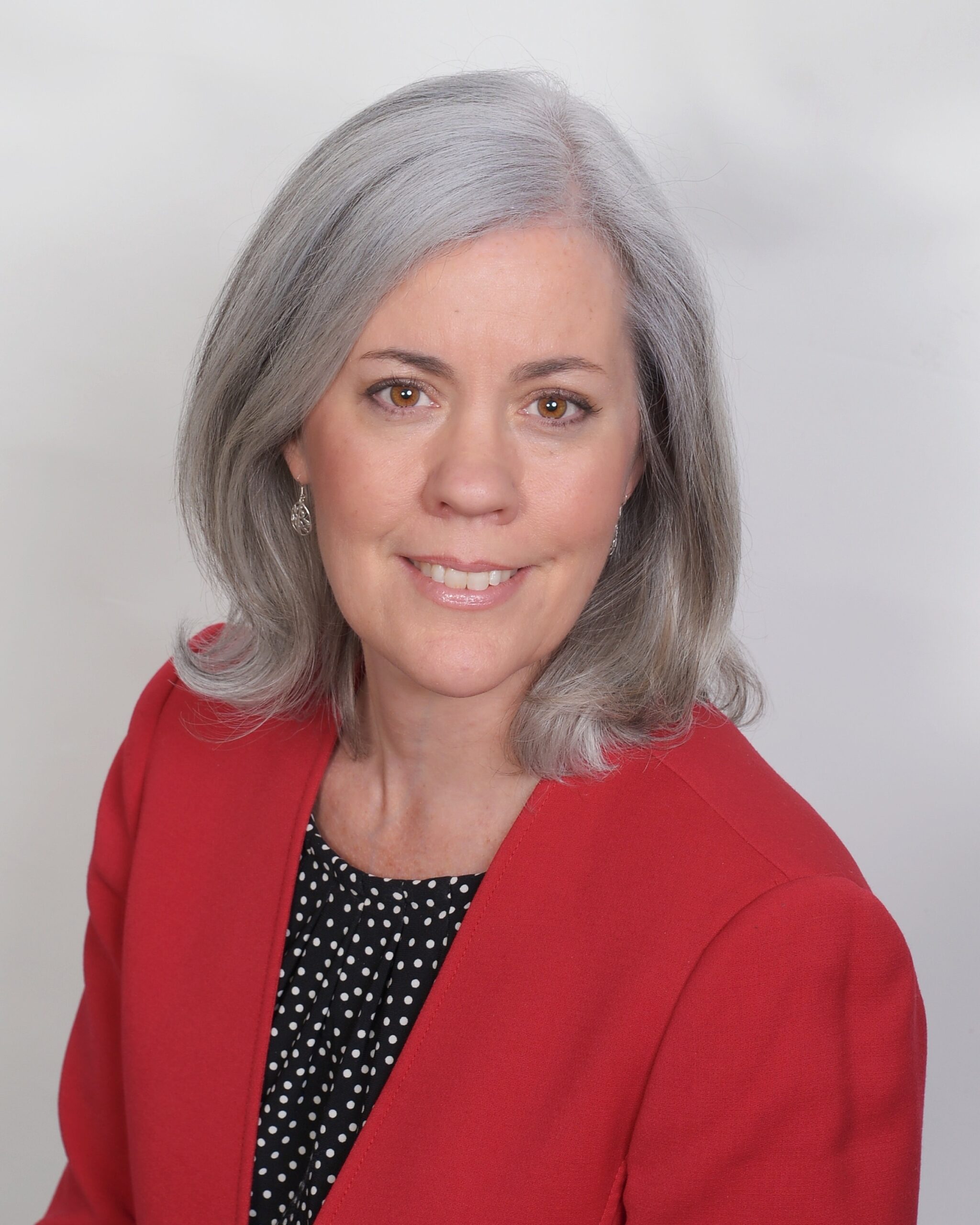 For VP of Elementary School, ICE/Solidarity

For VP of Elementary School, ICE/Solidarity

She has been a NYC Educator dedicated to our students and members since 1993. She started her career in District 32 as an Elementary Education teacher and then in 1996 began as a Special Educator in District 25, where she has worked ever since. She is the current Chapter Leader at PS 79, Whitestone, with a ten-year tenure. During this tenure, she has been a Delegate at Large and the District Consult Committee member for eight years.

Dr. Morell’s goal is to ensure the union's focus on the contract, educators, and instructional excellence. She believes the UFT has been the standard for genuinely being a union of professionals, and we need to continue to be the national leaders in workers' rights with educational excellence as the guiding vision. 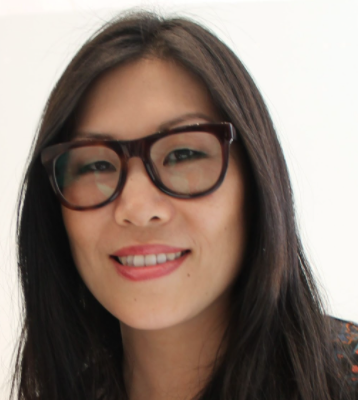 I’ve been a special education teacher for 20 years, a chapter leader since 2005 and a proud NYC public school parent. I’m a current steering member of the Movement of Rank and File Educators (MORE), and a steering member of Black Lives Matter at Schools NYC. I worked with Change the Stakes and NYCOPTOUT to organize resistance of high stakes standardized testing in NYC, at the state and national level. I’ve worked with MORE's Health Justice and Organizing working groups to collaborate with parents and students around Safe Schools Reopening. My work extends through a national network of public school educators to develop anti-racist principles and practices, as well as, working with the national network to bring ground up labor organizing practices. In 2015, I testified before the U.S. H.E.L.P. Senate Committee on the Reauthorization of I.D.E.A. on Testing and Accountability and spoke out as a conscientious objector of high stakes standardized testing and corporate education reform's influence on public education. 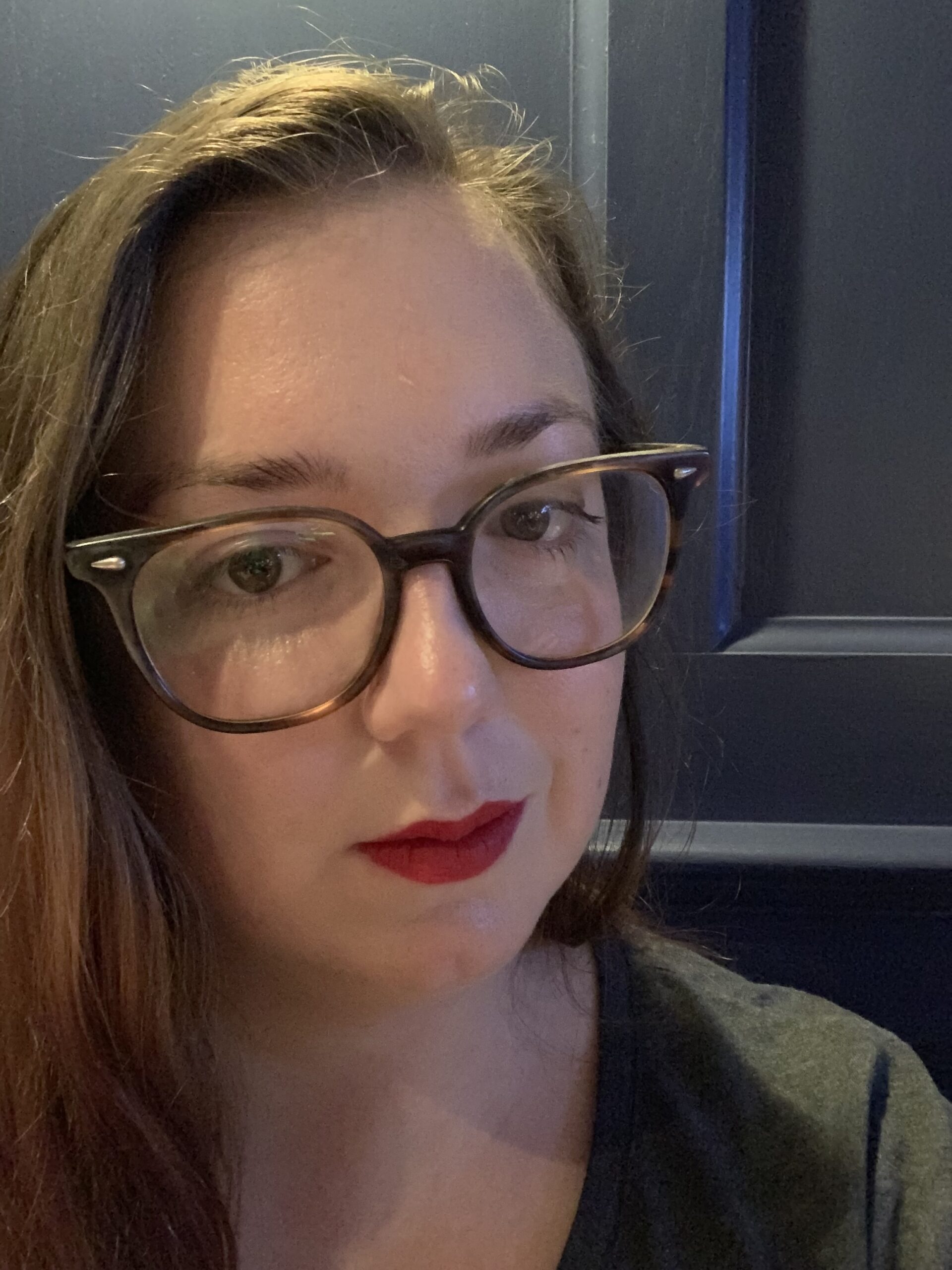 For VP of Elementary School, MORE-UFT

For VP of Elementary School, MORE-UFT

I have been an Early Childhood Teacher for 11 years and I have taught in the NYC DOE at PS 368 for the past 9 years. I am active in my school community and I am currently trying to organize with families and staff. I have been a member of the MORE Caucus for several years, where I have been an active member of the Health Justice Working Group. I have been involved in the planning and preparation of many protests, phone banks, and other organizing actions around issues such as Safe School Reopening, Black Lives Matter in School, Tax the Rich campaign, and LQBTQIA+ activism. I am also a member of NYCoRE and Teachers Unite Uptown/Bronx. I am running for the Elementary Executive Board to fight for and amplify the voices of elementary school staff in our union, especially Early Childhood Educators like myself, who have been left at the whims of an unsafe, and oftentimes, careless school system that has not taken care of our wellbeing and safety. I believe that we have the chance to create a truly democratic and rank and file focused union, where the voices of those on the ground are heard and valued. 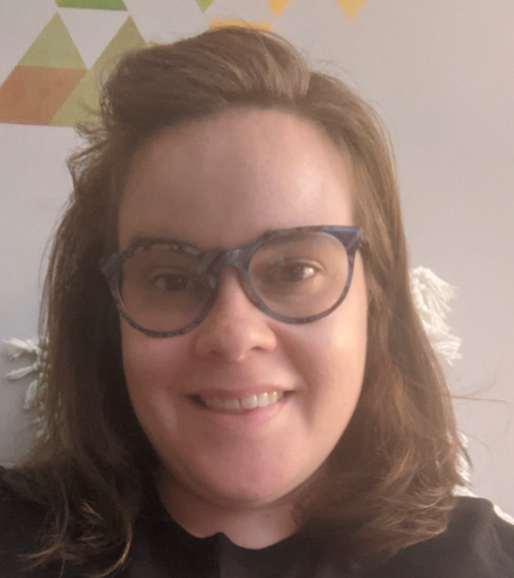 I am a proud member of the union and lifelong organizer. I have taught for 14 years: 10 at the NYCDOE and 4 at a non-unionized NYC independent school. I have worked in NYCDOE Central offices and have a Masters in Education Policy and Management, so I am engaged with education policy at a local, state, and national level.

I am committed to the sustainability of free, integrated, and unscreened public education. I am the delegate at PS 139 in District 22 and helped to organize a "work-outside" action at my school to protest unsafe reopening plans in September 2020.

I am running for Elementary School Executive Board seat to promote the voices and concerns of elementary school staff within our union. I will continue to fight for a union that protects the safety and health of all members, including early childhood staff who have not been adequately protected, considered, or consulted in our response to the pandemic and have been placed at the most risk (with populations too young to be vaccinated and excluded from any NYCDOE COVID testing).

I envision a union strengthened by the engagement and participation of rank and file members, a union that is responsive, transparent, and democratic. 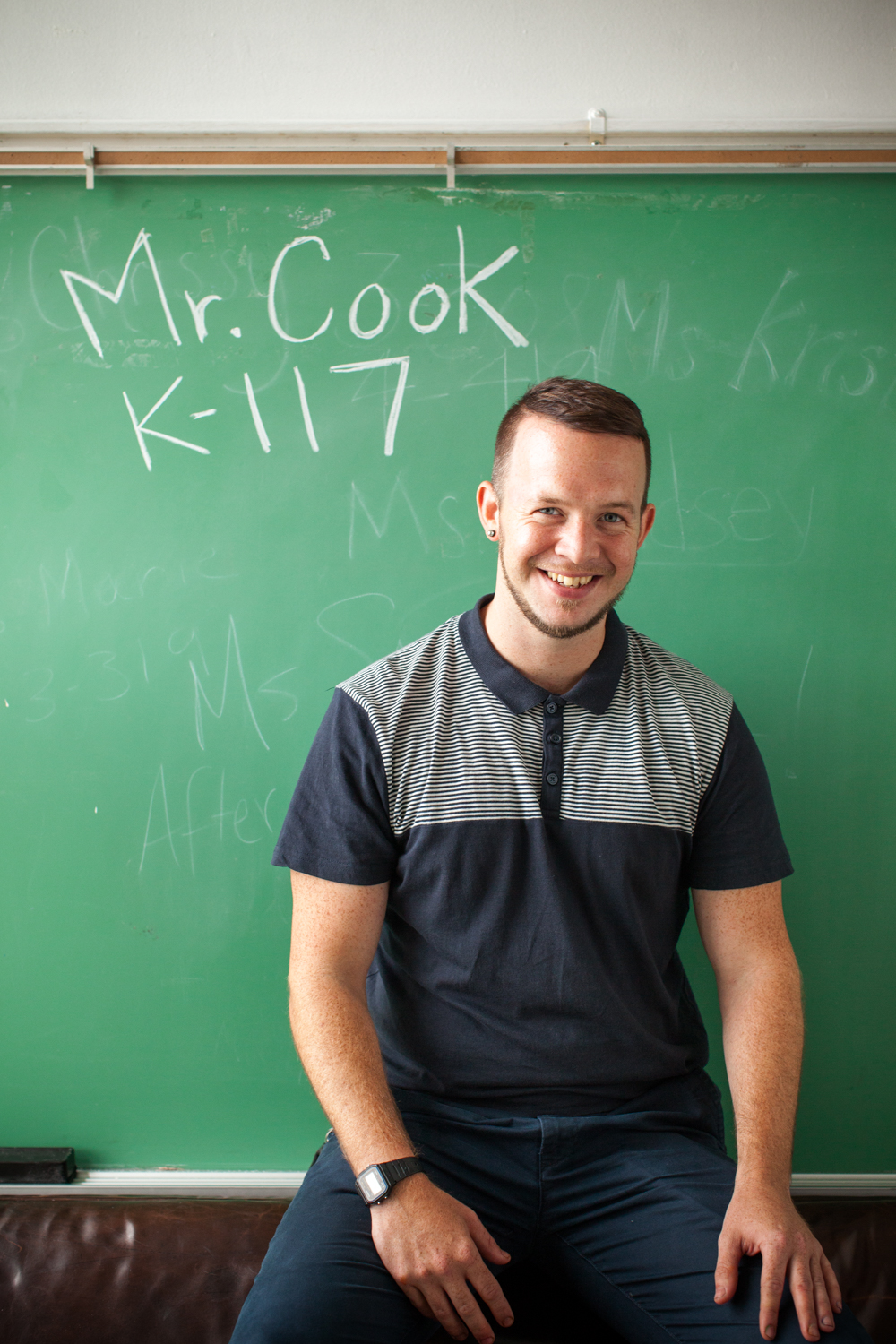 Running for Elementary School Executive Board

I am a proud union member and chapter delegate.  I am a member of the MORE caucus and served on the MORE steering committee from 2020-2021. I became an activist in my second year at Hunter College in 2004.  I have been involved in organizing against racism and war, and in support of labor, immigrant and human rights since 2004 .  I have taught early childhood in the Department of Education for the past 8 years in Chinatown and Downtown Brooklyn and before that I taught at a Head Start in Washington Heights for 6 years.  Since becoming a member of the UFT I have helped organize my chapter and co-workers to demand fair school funding, smaller class sizes, and more counselors.  I have also been organizing for health and safety in my school and the DOE since the pandemic began in March 2020.  I have been involved in and helped to integrate the Black Lives Matter at Schools Week of Action at my school as well as organized staff development around LGBTQ+ inclusion and supporting Refugee students and families in our school.  I am the LGBTQ+ Liaison at my school. In my chapter I have helped to organize voting, opinion polls, and meetings and discussions to make sure that each member's voice and perspective is included even when our union leaders ignore them.  I am running with MORE and United for Change to make our union a democratic and member driven union where the rank and file actively takes part in decision making instead of being told what to do by our leadership. I am running because we need a union that fights for members rights, wages, and working conditions as well as smaller class sizes and more counselors to make our schools wonderful places flooded with resources for all students and families. Our union should fight for an end to high stakes tests and assessments and developmentally appropriate curriculum for early childhood. Our union needs to be a bottom up and democratic union that actively engages and encourages all members to organize in order to radically change the inhumane education system we work in.

For Executive Board, Elementary - MORE

For Executive Board, Elementary - MORE