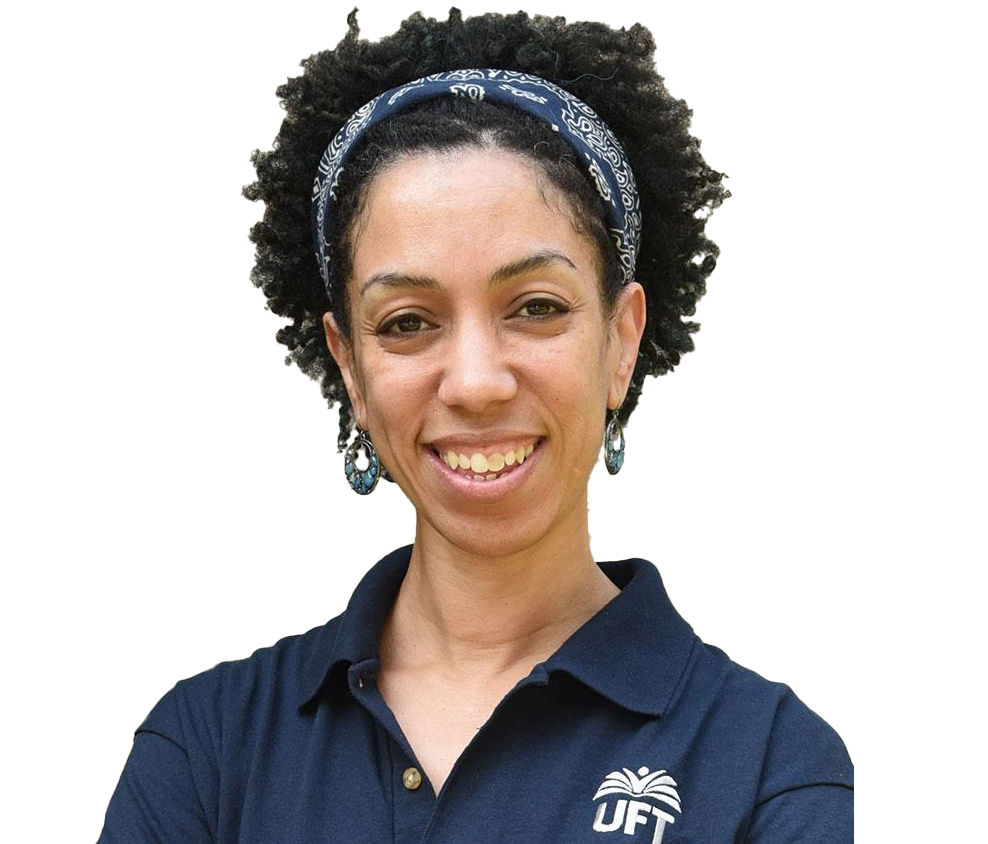 For Executive Board, Middle School - EONYC
Born & raised in Queens, Yvonne is a proud product of the NYC public school system, and started her career in education in 1986. Joining the NYC DOE in 2005, she's taught History in 4 of the 5 boroughs. Yvonne became a Chapter Leader at her last high school "to bring positive change" before spending the last 3 years at the Middle School level. She picked up the reins and delegated duties across membership at her current Middle School in the South Bronx when her current CL retired during 2020.
Yvonne's been encouraged to run for Middle School Executive Board for her experience, knowledge and influence as a union activist & natural pragmatic leadership. She stands for the students we serve and the teachers who fight daily to be heard by our union.
Check out: https://www.uft.org/news/member-spotlight/chapter-leader-shoutout/kudos-yvonne-reasen-engineering-and-technical-academy-bronx 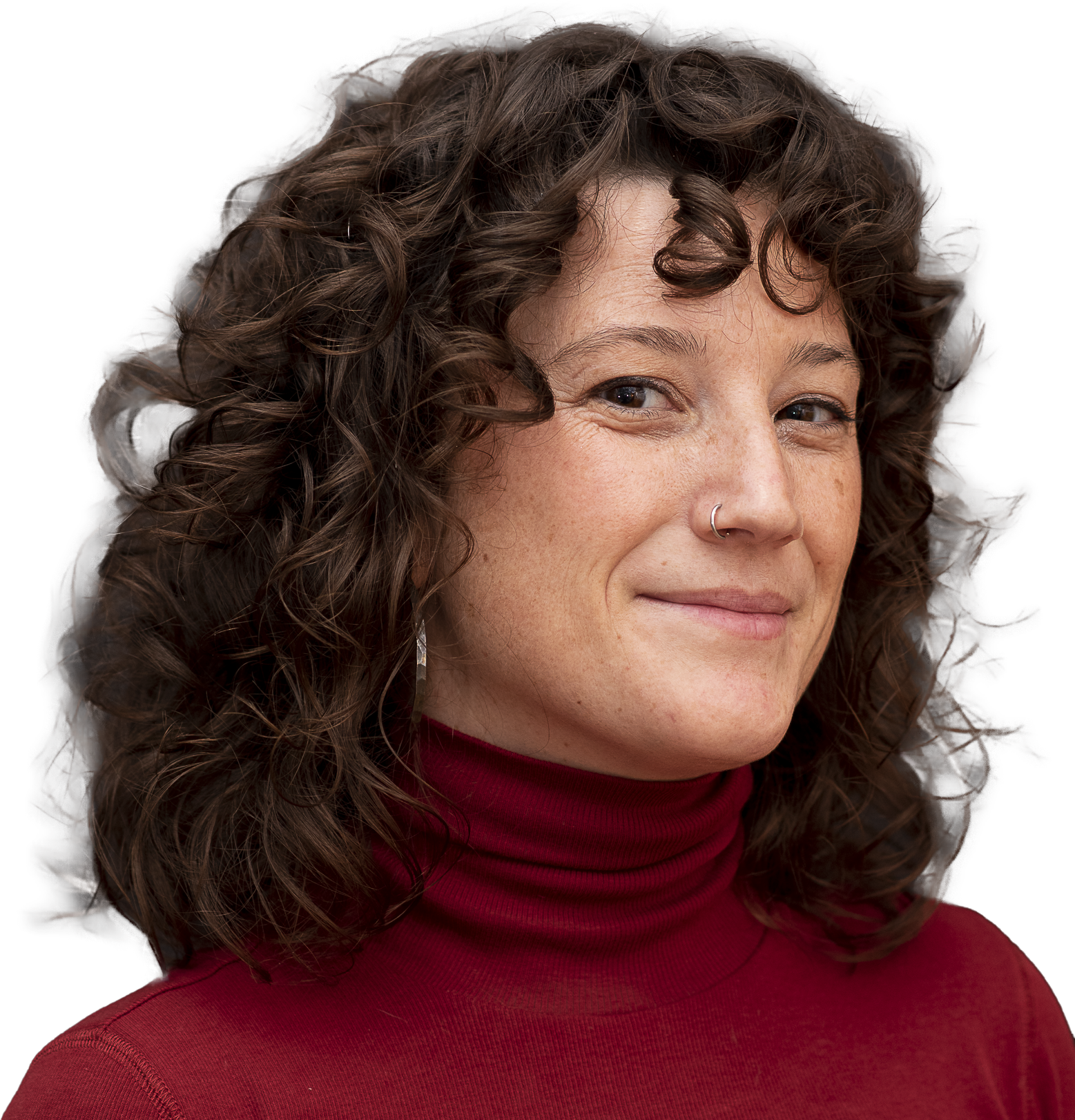 Olivia is an art and SEL teacher in Brooklyn.

I am a proud union member and chapter leader. Having started my career as a teacher in a “Right-to Work” state, I know what it means to teach without a union. I moved back to New York City specifically for the union. As a chapter leader I have led my chapter through the grievance process, I have organized campaigns and collective actions, I have advocated for members’ rights, and have worked vigitantly to uphold our contract. I am running for a Middle School Executive Board seat because I believe in the power of our union. I also believe our union can be stronger. We are the largest local in the country but we do not harness the power of  members. Far too often, decisions are made for us, but without us. I am running because I believe every member of the UFT should have a say in the decisions that directly impact their lives. If teaching through the pandemic has taught us anything, it is that the decisions and deals made in boardrooms often fall short and that is because we, the rank-and-file, are not in the room. I am running to work to build a better union, a union, where the rank-and-file are the union’s leadership. 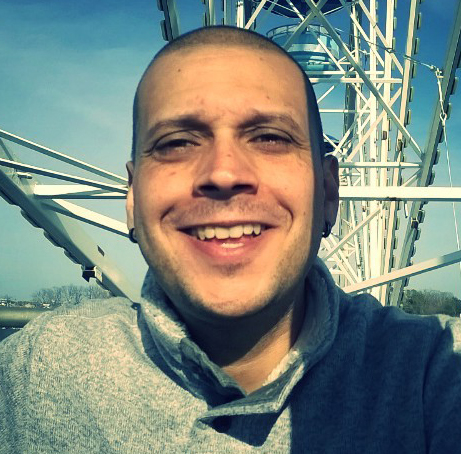 Daniel Alicea, is a special educator with 25 years of middle school teaching experience in Title 1 schools. He taught Social Studies and English Language Arts at a junior high school from 1997 to 2006 in the Laurelton-Springfield Gardens section of Queens. At I.S. 231, he was also the Spanish coordinator and technology coordinator.

In 2006, Daniel re-located to the Houston area where he taught in a middle school from 2006 to 2014. Missing home and serving his native city, he returned in 2014, and has since been teaching and advocating for the school community at MS 53, in Far Rockaway, Queens. There, he also serves as chair of the School Leadership Team and is the school’s UFT chapter delegate.

At MS 53, Daniel has successfully helped to thwart the closure of his school and limit charter school expansion within the schools’ shared colocation campus. He has storied, positive rapport with his students with disabilities and is a trusted relationship builder within the school community.

As a UFT delegate, he seeks to represent and balance the best interests of students, families and staff. In the 2020-21 school year, he proposed union motions and resolutions to try to help bring an end to unilateral mayor control of New York City schools, expand union democracy and prevent the privatization of Medicare for union retiree seniors.

Daniel is also a lead organizer within Educators of NYC – a newly formed community cohort of city educators. As a moderator for Educators of NYC, he has helped to facilitate monthly forum meetups bringing educators, advocates, activists, parents, and union caucuses together to share ideas for instruction and spurring vital conversations around reimagining and democratizing our city schools and the teacher’s union.  He now co-hosts, Talk Out of School, on WBAI 99.5 FM, with Class Size Matters', Leonie Haimson, also.

Daniel, who grew up in the Bronx and Queens, is the son of Puerto Rican and Dominican immigrants and is the proud father of three daughters and a son.

Kevin Prosen is a 13th year Middle School English teacher who has worked his entire career in Jackson Heights, Queens.

He was a chapter leader for six years, and in that capacity rebuilt a union chapter through aggressively fighting back against an abusive administrator, organizing mass grievance campaigns and other actions to build solidarity in the building.  He is now serving his second term as UFT delegate and has been active in organizing for safe working conditions for teachers and learning conditions for students.

IS 230 was ahead of the curve in waging a militant fightback against unsafe reopening, refusing to re-enter the building after the city failed to follow through on contract tracing in 2020, an action that spurred several other similar actions in the district.  He is a passionate fighter for public education and for better working conditions and more autonomy for teachers.

He is also an organizing trainer for the non-profit organization Labor Notes, and in that capacity has facilitated organizer trainings for hundreds of teachers and other workers in New York, Virginia, West Virginia, and Ontario.  He is a founding member of the Movement of Rank and File Educators.